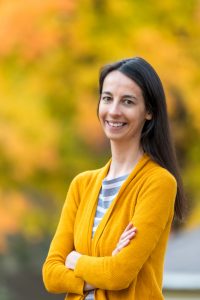 Consular Powers: Citizenship and Polishness on the World Stage, 1900-1950

In the thirty years after the Polish state was reconstituted in 1918, officials in Poland’s global consular network—located in countries as far afield as China, Brazil, Portugal, and Palestine—granted, revoked, and reinstated people’s citizenship. These consulates represented multiple versions of the Polish state, as Poland lurched from democracy to authoritarianism, was erased as a territorial state during the Second World War, and ultimately became the Polish People’s Republic in the postwar Soviet Bloc. My work reconstructs the intimate encounters between ordinary people and consular officials, both in physical consular buildings and through the production of personal documentation and paperwork. In a world of increasingly aggressive nationalism, reified state borders, deglobalizing impulses, and genocide, the decisions made by consular staff had life-changing—and, in some cases, life-or-death—consequences for individuals and families. In particular, since so many Polish citizens were considered to have non-Polish national identities, such as Jewish, Ukrainian, and German, consulates became testing grounds for broader questions about what it meant to be a citizen and who legitimately belonged to the Polish nation. More broadly, consular encounters provide a window into how modern states constructed—and continue to construct—the figure of the desirable citizen, at home and abroad.

Kathryn Ciancia is Associate Professor of History at the University of Wisconsin-Madison. Her research focuses on the history of Poland in the first half of the twentieth century, with an emphasis on the following questions: How did concepts of the nation come to be constructed locally? Who had the power to set criteria for national belonging? And in what ways did people adapt such criteria to fit their own political agendas? Her first book, On Civilization’s Edge: A Polish Borderland in the Interwar World (Oxford University Press, 2020), explores these questions by focusing on an eclectic group of Poles—including health officials, urban planners, border guards, and state officials—who claimed to be “civilizing” a contested region that was home to Ukrainians, Jews, and Poles. She has also published articles on Polish attempts to reduce the “Jewishness” of borderland towns (Journal of Modern History) and on the role of Polish national activists in the immediate aftermath of the First World War (Slavic Review).