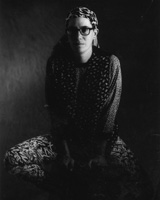 Always Already Again: Trauma Tourism and the Politics of Memory Culture is a transnational, comparative study of the discourses that surround the production and consumption of memorials. It considers sites on five continents that have been established or are in the process of being established to commemorate a range of past violences. The primary venues in this study are concentration camps in Germany and Poland, slave forts in West Africa, peace parks at atomic bomb blast sites Nagasaki in Japan, genocide memorials in Rwanda and Cambodia, museums established to celebrate the end of apartheid in South Africa, sites being used to commemorate the American War throughout Vietnam, and former clandestine torture centers as well as purpose-built monuments to the disappeared in Chile and Argentina. Trauma tourism is a highly contested practice where competing interests comply with or resist established paradigms. This book argues that such tensions constitute trauma tourism, that trauma tourism owes its substance and richness to contestation.

UW-Madison Resident Fellow Laurie Beth Clark is Professor in the Art Department where she teaches studio courses as well as graduate seminars on topics in Visual Culture Studies. Clark has been a faculty member at the University of Wisconsin since 1985. Clark’s career merges theory and practice. Her creative projects have been shown in theatres, galleries, museums, gardens, forests, and public and private spaces in more than 150 shows in 35 countries on five continents. Extensive documentation of her creative work can be found at lbclark.net. In conjunction with her current research on trauma tourism, Clark is developing Ossuary, a compendium of bones designed by artists. Her writing has been published in journals (Performance Paradigm, Performance Research, TDR, Theatre Topics, Tourism and Transnational Studies, Visual Culture) and anthologies (Marketing Memory in Latin America-Duke, The Object Reader-Routledge, Blaze: Discourse on Art-Cambridge, A Performance Cosmology-Routledge, Place and Performance-Palgrave, Macmillan, The Art of Truthtelling After Authoritarian Rule-University of Wisconsin, Guerilla Performance and Multimedia– Continuum). She is currently working on the book manuscript Always Already Again: Trauma Tourism and the Politics of Memory Culture.