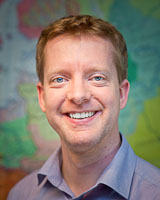 Bringers of Light: The Christianisation of Early Medieval Germany under the Carolingians

Northern Germany’s conversion to Christianity is one of the most infamous episodes of medieval history. Through a series of brutal wars that lasted from 772 to 804, the Carolingians subdued the pagan Saxons, converting them by fire and steel. This is the standard narrative, at least. In this project I regard conversion not as a simple process of ‘Christians’ converting ‘pagans’. Rather, Christianity was a shared ‘symbolic resource’ in the messy middle ground of cultural and political interaction that characterised Carolingian expansion, and no one party had a monopoly of it. Different bishops and missionary groups could have conflicting aims; the Carolingian military sought to use religion for its own ends; some Saxons were more than willing to convert; and even diehard pagans used Christianity as a means of redefining their own pagan identity. Through analysing these interactions I will reveal the full complexity and ambiguity of the conversion process.

John-Henry Clay is a Lecturer in Medieval History at Durham University (UK). There, his teaching focuses on the history of western Europe from the end of the Roman empire to 1000 AD. His particular interests include the end of Roman Gaul, the origins of monasticism and Europe’s conversion to Christianity. His first monograph, In the Shadow of Death: Saint Boniface and the Conversion of Hessia, 721-754 (Brepols, 2010) drew together history, archaeology, and landscape studies in a detailed exploration of an early medieval missionary community in Hessia, and he has published numerous articles and book chapters in related areas. A secondary interest is the relationship between academic history and the creative imagination, especially with respect to wider public engagement and education, which has led to two published historical novels: The Lion and the Lamb (Hodder & Stoughton, 2013) and At the Ruin of the World (Hodder & Stoughton, 2015). He is at work on a project entitled “Bringers of Light: The Christianisation of Early Medieval Germany under the Carolingians.”