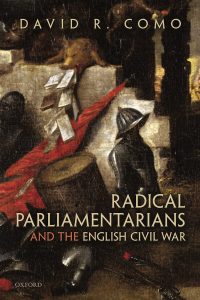 This study seeks to transform our understanding of the English civil war and Revolution of the 1640s, thereby illuminating broader changes to the politico-religious culture of seventeenth-century Britain and the Anglophone world. The book reconstructs events leading up to the execution of King Charles I in 1649 and the subsequent creation of the English Republic. At deeper level, the study explores underlying tectonic shifts in practice and ideology that both permitted and drove the dramatic, revolutionary events of the period. In so doing, it attempts to chart deep, permanent changes that remade Anglo-American political culture, with effects that resonate down to the present day.

David R. Como is Professor of Early Modern British History at Stanford University. He is the author of Blown by the Spirit: Puritanism and the Emergence of an Antinomian Underground in PreCivil-War England (2004) and Radical Parliamentarians and the English Civil War (2018), winner of the 2019 Jon Ben Snow Prize and the 2019 Samuel Pepys Award. His work has appeared in journals such as Past and Present, The Historical Journal, and The English Historical Review. His interests center on the sweeping political and religious changes of the early modern era. His main focus is the history of England, but he has also published on the history of the wider Anglophone colonial world, and regularly teaches global history courses at Stanford.