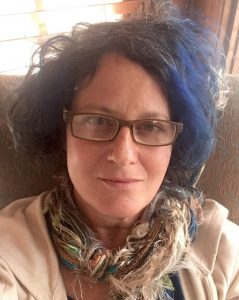 Ars Vivendi: The Poetics of Practicality in Late Medieval England

The later Middle Ages saw the creation of a vast syllabus of “how-to” texts—calendars, cookbooks, farming manuals, and more—that taught a secular “art of living” (the ars vivendi of my title) in a spiritually inflected world. At the same time, however, its exemplars were also often artful in their own right, something that late medieval poets were quick to recognize and exploit. In this study, I argue that medieval works of practical knowledge, whether in verse or in prose, deserve our considered attention not just because of what they teach us about everyday life, but also because of what they reveal about the period’s flexible view of the relationship of utility to enjoyment. In chapters covering disciplines as diverse as agriculture, cookery, hunting, astronomy, and alchemy, my book explores this mutually productive intersection of the poetic and the practical, while also contributing to discussions about the value of the humanities both then and now. For the project returns us to the moment when debates about the value of the liberal arts were just beginning, but also to a moment when any rigid division of art from science would have been deeply puzzling. The poetic and the practical spoke together to late medieval readers and writers, who simply made less of a distinction between instruction and delight than we do today; the works they left behind show us how to imagine a world in which the aesthetically pleasing and the technically proficient, the beautiful and the necessary, need not just warily coexist but might instead enrich one another. In the era of Covid-19, this deep history of the mutual reinforcement of the arts and sciences in an equally uncertain and often perilous time seems more important to recall than ever.

Lisa H. Cooper is professor of English at the University of Wisconsin-Madison, where she specializes in the literature and culture of late medieval England. She is the author of Artisans and Narrative Craft in Late Medieval England (Cambridge, 2011) and, with Andrea Denny-Brown of UC-Riverside, the co-editor of Lydgate Matters: Poetry and Material Culture in the Fifteenth Century (Palgrave, 2008) and The Arma Christi in Medieval and Early Modern Material Culture (Ashgate, 2014). Her articles on a wide range of topics have appeared in journals including Speculum, the Journal of Medieval and Early Modern Studies, Studies in the Age of Chaucer, New Medieval Literatures, and Arthuriana. She has been a fellow of the American Council of Learned Societies (ACLS) and the National Endowment for the Humanities (NEH), and she is currently an H.I. Romnes Fellow at UW-Madison.