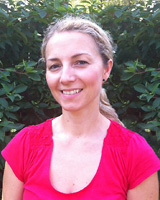 Space, Function and Social Practice in the Roman Houses of Pompeii

Since the early 1990s, the study of the Roman house has benefited from a fast-paced and prolific output of scholarly discussion. While issues of decoration and spatial organization have remained central to studies of Roman domestic architecture, new approaches have asked broader questions regarding socio-economic status and behavior or the distribution of household activities, while also stressing the relationship between social practice and the organization and use of space in the Roman house. This project investigates the evolution in use of one particular space within the atrium house, the alae (or ‘wings’) — a pair of symmetrical square rooms opened onto either side of the atrium (central hall). An initial survey of the alae of houses in Roman Pompeii showed that these spaces evolved from their original function as complements to the atrium to more independent and practical spaces associated with household activities. While emphasizing the versatility of Roman domestic space, these shifting functions may also offer a commentary for broader socio-economic changes, such as the emergence of the liberti or freedmen in the first century CE, as well as evidence for the disruption of domestic and urban life in Pompeii in the decades that preceded the 79 CE eruption.

Elisabetta Cova, a UW-System Fellow, is Assistant Professor of Classics in the Department of Foreign Languages and Literature at the University of Wisconsin-Milwaukee. She graduated in Lettere Classiche from the University of Bologna (Italy) and received her M.Phil. in Archaeology at the University of Cambridge (United Kingdom). Her research focuses on Roman domestic architecture and the archaeology of Pompeii and the Bay of Naples. She also maintains an interest in museum studies, a topic she explored in a recent article on northern Italian civic museums published in the European Journal of Archaeology. As a senior staff member of the Athienou Archaeological Project (Cyprus), she is charged with the publication of the late Roman/early Byzantine settlement, and she has recently published two studies on inscriptions excavated by the project. She also serves as Co-Editor of book reviews for the American Journal of Archaeology.