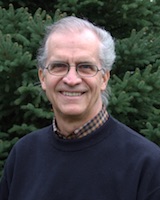 The Idea of Redemption in William James’ Varieties of Religious Experience

A recurring question in William James’ Varieties of Religious Experience is whether there are divine forces in the universe that are aiding humans in their efforts to combat evil, and whether the forces of good will ultimately triumph over evil. Interestingly, he sees the phenomenon of conversion as giving the best indication of the redemption of evil, and passage from the natural to a spiritual realm. Further, James finds in the experiences of “saints” a heroic character that is almost superhuman. James concludes that the transformative experiences he has identified represent a new kind of specifically religious evidence for believing that there are spiritual forces working in the world to defeat evil.

Dan Crawford is presently Senior Lecturer in the Department of Classics & Religious Studies at the University of Nebraska-Lincoln (1997-2014). Prior to that he was Professor and Chair of the Philosophy Department at Albright College, Reading PA (1978-1997). Dan received his B.A. in philosophy from Haverford College; a M.A. from the Religion Department at Princeton University; and a PhD from the Philosophy Department at the University of Pittsburgh. His book, A Thirst for Souls: the Life of Evangelist Percy B. Crawford (1902-1960) (University of Susquehanna Press, 2010) is an objective account of my father’s pioneering role in the use of radio and television for the cause of evangelism in the 1930s, 40s, and 50s.

Most Recent article: “The Idea of Militancy in American Fundamentalism,” forthcoming in Fundamentalism: Perspectives on a Contested History, eds. Simon A. Wood & David H. Watt (University of South Carolina Press, 2014), 36-54.