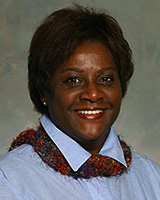 Chester Himes’ Rewriting of Race, Class and Gender in His Harlem Detective Series

From 1957-1993 Chester Himes’s ten-volume crime fiction series was published, set in a place he called Harlem. In nine of the ten novels in the series Himes highlights characters who mirror the most egregiously racist stereotypes in play in U.S. popular culture: pickpockets, pimps, prostitutes, madams, murderous drug underworld kingpins, unscrupulous politicians, and religious schemers and scammers, among others. I argue that in focusing on those character types as the anti-heroes for the series Himes determined to force readers to rethink the easy assumptions that Jim Crow segregation and racism promoted regarding black Americans, their various cultural forms, genetic traits, and desires. Rather than choosing to operate outside of idealized middle-class national norms of conduct, his black criminals were simply making rational decisions akin to the decisions made every day in legitimate money-driven markets for achieving exactly the same goal: access to the American Dream via the socioeconomic avenues made available to them.

Norlisha Crawford is an Assistant Professor in the Dept of English at UW-Oshkosh and Director for the African American Studies Program (AASP). She graduated from the University of Maryland, College Park, in 2001. She was a faculty member in the Dept of English at Bucknell University (PA) for five years before going to UW Oshkosh, in 2005, specifically to direct the AASP. Her main areas of research interest are African American crime fiction, African American women’s literature, post WW II, and African American science fiction. She is spending academic year 2008-2009 working at the Institute, completing revisions on a manuscript about Chester Himes’s Harlem crime series.