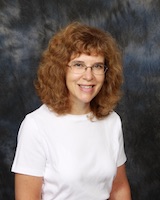 Scribes, Scrolls and Scripture: The Story of Qumran

The Dead Sea Scrolls, ancient Jewish manuscripts discovered in caves in the 20th century in the area of the Dead Sea, have been objects of mystery and intrigue for seventy years. In particular, the subcollection known as the Qumran scrolls, found in eleven caves in close proximity to the ancient ruins of Khirbet Qumran, continue to fascinate and confound modern scholarship. Three questions about the Qumran scrolls have been paramount in the history of research: How did the scrolls come to be in the caves?  Who were the inhabitants of Qumran and did they own the Qumran scrolls?  Why did they establish a settlement at this inhospitable site, and why did they abandon their manuscripts in the nearby caves?  My book project, Scribes, Scrolls and Scripture: The Story of Qumran, narrates the story of the foundation of the Qumran settlement as a library and scribal center staffed by scribes and priests who were part of the Essenes, a first century BCE Jewish movement active in the events of first century BCE Judea.  It breaks new ground by focusing on the scribes of Qumran and their role in collecting, copying, preserving, and in a few cases composing the Qumran scrolls.

Sidnie White Crawford is Willa Cather Professor of Classics and Religious Studies at the University of Nebraska-Lincoln, where she teaches in the areas of Hebrew Bible, Second Temple Judaism, and Hebrew language. She is an internationally recognized scholar in the areas of Dead Sea Scrolls and Textual Criticism of the Hebrew Bible. Her most recent book, edited with Cecilia Wassen, is The Dead Sea Scrolls at Qumran and the Concept of a Library, published by E. J. Brill (2016). Sidnie currently serves as Chair of the Board of Trustees of the W. F. Albright Institute of Archaeological Research in Jerusalem, the American headquarters for archaeological research in the Holy Land, and as a member of the Society of Biblical Literature Council. She is also a member of numerous editorial boards, including Hermeneia: A Commentary Series (Fortress Press), The Textual History of the Bible (Brill), and The Hebrew Bible: A Critical Edition (SBL Press). In her free time Dr. Crawford enjoys international travel, classical music, in particular early music and opera, and watching sports, especially Husker football and women’s volleyball. She usually lives in Lincoln, NE with her husband, Dr. Dan D. Crawford, and their cat, Mollie, but is delighted to be spending the year at the IRH and enjoying all that Madison has to offer.