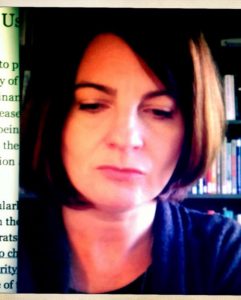 This project explores in contemporary Caribbean literature and art how one lives a moral life, a life worth living, in circumstances that are overwhelmingly beyond one’s control. I organize my readings through the conceptual lens of “moral luck,” a term I borrow from moral philosophy that helps explore what responsibility means when people’s choices are drastically conditioned by unpredictable forces. Precarity in the region originates from its insularity — that is, its political and geophysical isolation— but also from the legacy of slavery, environmental vulnerability, poverty, volatile social relations and the persistence of colonial institutions, which have hindered the development of a strong civil society. Using a theoretical framework that combines postcolonial studies, ecocriticism, and disaster studies with moral philosophy, this project analyzes a comprehensive and representative selection of contemporary novels from various Caribbean islands to study the role violent conditions play in human autonomy and integrity, and how they contribute to the constitution or disruption of the collective. This project breaks new ground by recasting the terms of current debates on the cultural legacy of the Caribbean. First, it fills a significant gap in the theoretical account of the region’s cultural production: on the one hand, postcolonial studies have approached Caribbean literature from the point of view of imperialism and oppression; that is, in relation to forces that reside outside the individual. On the other, identitarian politics have focused almost exclusively on individual agency. By studying the complex interaction between external forces and moral freedom, I seek to reconcile these two dominant paradigms in order to gain a deeper understanding of Caribbean culture. Second, by exploring longstanding concerns such as racial, political and economic injustice in a continuum with disaster studies and ecocriticism, I shed light on the deeper connections that exist between old and new forms of vulnerability as constructive social factor.

Guillermina De Ferrari is professor of Caribbean Literature and Visual Culture at the University of Wisconsin. She is the author of two monographs: Vulnerable States: Bodies of Memory in Contemporary Caribbean Fiction (2007) and Community and Culture in Post-Soviet Cuba (2014; 2017 in Spanish). She is the author of the catalog Apertura: Photography in Cuba Today (2015) for an exhibition that she curated for the Chazen Museum of Art. Her articles on Caribbean literature, photography, installations, and performance can be found in The Journal of Latin American Cultural Studies, The Hispanic Review, The Arizona Journal of Hispanic Cultural Studies, and InVisible Culture, among others. She is co-editor of Futures of Comparative Literature (2017) and has published several articles on World Literature. She is co-editor, with Ursula Heise, of the Routledge Series Literature and Contemporary Thought. She is currently working on a book project on the production of Caribbean literature and visual culture from the perspective of moral luck.

Guillermina De Ferrari will be on leave from IRH during the 2020-21 academic year while she serves as a Guggenheim Fellow.