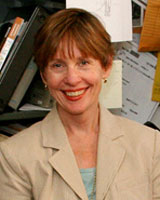 History of the American Girl

I am investigating the ways that movies, movie stars, and movie-going fit into the lives of American teenage girls in the 1910s and 1920s. My research is based on a study of the ephemera that girls from different regions of the United States collected, arranged, and pasted into the friendship books, high school memory books, and scrapbooks they assembled the year they graduated from high school or during the time they attended college. This work constitutes the fourth chapter of a book-in-progress, The American Girl, Movies, Movie Stars, and Consumer Goods in the 1910s. The American Girl was a popular character in the film, fiction, and advertising of the 1910s. Her character traits expressed traditional American values. Most significantly, she possessed a sense of justice founded on a belief in the permeability of social boundaries regardless of how they were drawn. Personifying such fundamental egalitarianism also made the Girl and those actresses who portrayed her, effective salespersons for fashion and other consumer items.

Leslie Midkiff DeBauche is a professor in the Division of Communication at the UW-Stevens Point. A film historian, she focuses on American film and American culture in the 1910s and 1920s. DeBauche is the author of Reel Patriotism, the U.S. Film Industry and WWI and currently she is researching and writing about a character type in movies of the 1910s called the American Girl. This work is interdisciplinary, and, so far, has woven fashion and advertising with movies and movie stars. DeBauche has received research grants from UWSP, the Schlesinger Library, and the John W. Hartman Center for Sales, Advertising and Marketing History at Duke University.