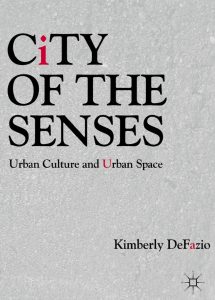 Everyone is a Materialist Now: New Materialism and Cultural Hermeneutic

Everyone is a Materialist Now analyzes the “new materialist turn” that has overtaken the humanities and social sciences with what Slavoj Žižek calls the “fading away” of “the Derridean fashion” (The Parallax View). Through an analysis of the diverse philosophical and interpretive tendencies broadly associated with new materialism, the book investigates their implications for literary studies and interpretation, taking the (re)readings of writings by Wordsworth, Melville and Jean Rhys as exemplary. However, in contrast to the matterism of new materialism, the book argues for a materialist analytics that foregrounds social relations, which mediate interpretation and humanity’s relation to nonhuman life and matter alike.

Kimberly DeFazio is the author of City of the Senses: Urban Culture and Urban Space (Palgrave 2011) and co-editor of Human, All Too (Post)Human (Lexington 2016). She recently co-edited a special issue of Nineteenth-Century Prose on Marx’s Speeches. Her writings have also appeared in such books as Confronting Universalities: Aesthetics and Politics Under the Sign of Globalisation (Aarhus University Press 2011) and Marxism and Urban Culture (2014) and in such journals as Nineteenth-Century Prose and Textual Practice. Her first book, City of the Senses, is being translated into Chinese (forthcoming from Beijing Normal University Press), and she is currently working on two books on materialism, its philosophical genealogies and contemporary iterations in cultural theory and the (post)humanities, and its roots in material relations. She is Associate Professor of English at the University of Wisconsin-La Crosse.