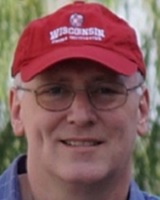 Songs to Encourage the Cessation of Litigation: Printing, Orality, and Legal Knowledge in China, 1595-1949

How do people form attitudes towards law and what is law’s significance in society? In China, “cease litigation” (xisong 息訟) has been a key term in legal culture and practice since antiquity and was a core concept in mass legal education from the late- sixteenth to the early-twentieth centuries. Increasing conflicts in a commercializing society led to an anti-litigation backlash among officials. By disseminating songs about the dangers and costs of litigation, overburdened local magistrates hoped to reduce their caseloads and stabilize turbulent local societies. People were hired to ring bells and sing songs while walking through towns and villages, and lyrics were cut into stone stelae erected near government buildings and schools. In the 1600s and 1700s, the songs were printed as broadsheets and posted in public. By the late-1800s they appeared in newspapers and magazines, and in the 1920s-40s, the songs were sung at village meetings. This project will combine approaches from legal history, print culture, and orality/aurality/soundscapes to examine formations of legal consciousness.

Joseph Dennis is an Associate Professor of History at UW-Madison and a member of the local gazetteer research group at the Max Planck Institute for the History of Science in Berlin (MPIWG). He is the author of Writing, Publishing, and Reading Local Gazetteers in China, 1100-1700 (Harvard, 2015), and former president of the Society for Ming Studies. His research has been supported by the National Endowment for the Humanities, the Fairbank Center for East Asian Research, the National Library of France, the Vilas Trust, the MPIWG, and other institutions.