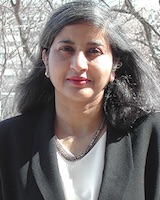 Cosmo-Modernism and the Other Theatre

The global turn in modernist studies has begun to forge strong connections between twentieth-century modernisms and the aesthetic forms engendered by such politically fraught but culturally transformative markers of modernity as colonialism, decolonization, and diaspora. A key feature of the resulting disciplinary formation—“geomodernism”—is an emphasis on non-prescriptive critical methods that can balance the global horizons of modernism with qualities intrinsic to particular cultural geographies. My book draws on these recent reorientations to develop new definitional frameworks for Indian modernisms, and to consider Indian theatre of the later twentieth century as a significant field of geomodernist representation. I argue that the binary of centre-periphery relations, and labels such as “vernacular modernism” or “vernacular cosmopolitanism,” misrepresent the complex forms of multilingual literacy outside the Europhone fold that have historically characterized Indian literary cultures. For the new modernist studies to accommodate this writing fully, we need to add language as a fourth, “lexical” dimension of analysis to the spatiotemporal and vertical expansion of modernism-as-subject. The objective in Cosmo-Modernism, then, is to position Indian modernisms clearly in relation to transnational modernist studies, to highlight the interlinked but relatively neglected genres of drama, theatre, and performance, and to give Indian theatre a new visibility in modernist theatre studies.

Aparna Dharwadker is Professor of English and Interdisciplinary Theatre Studies at the University of Wisconsin-Madison, and works primarily in the areas of modern Indian and postcolonial theatre, comparative modern drama, theatre theory, and the global South Asian diaspora. Her book, Theatres of Independence: Drama, Theory, and Urban Performance in India Since 1947, received the Joe A. Callaway Prize in 2006 as the best book on drama or theatre published in 2004-05. Aparna’s articles and essays have appeared in journals and collections such as PMLA, Modern Drama, Theatre Journal, New Theatre Quarterly, Theatre Research International, Studies in English Literature, Studies in Philology, South Central Review, English Postcoloniality, Representing the Past: Essays in Performance Historiography, The Routledge Encyclopedia of Modernism, and The Routledge Handbook of Asian Theatre. She has received fellowships from the NEH, the American Institute of Indian Studies, the International Research Centre (Freie Universistät, Berlin), the Folger Shakespeare Library, and the Newberry Library, among others; at UW-Madison, she held the multi-year H. I. Romnes Fellowship for outstanding scholarship in the humanities. Aparna’s collaborative translation of Mohan Rakesh’s modernist play, Ashadh ka ek din (One Day in the Season of Rain, 1958) was published by Penguin Modern Classics in 2015, and A Poetics of Modernity: Indian Theatre Theory, 1850 to the Present, an edited collection of source-texts in theatre theory from multiple Indian languages, is forthcoming from Oxford University Press in 2017.