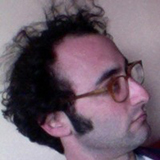 Art and Life in Latin Literature: Emergences of a Dualistic Structure in an Ancient Archive

Dressler’s current project argues that, from an early “pagan” comic playwright to a subsequently sainted Christian poet, through “classic” Classics of the early Empire, Latin literature presumes a dialectic of “Greek” idealism and “Roman” materialism; while neither tendency adequately describes or determines social practice, their very inadequacy opens a space for under-determined and spontaneous, even countercultural activity: materialist demystification (Plautus), aesthetic autonomy (Horace, Ovid), sexual revolution (Ovid), and altruism (Seneca, Paulinus). While the results of the Romans’ “social aesthetics” are partly inadvertent, their very inadvertence proves their spontaneity and makes them instructive models for enduring explication of the interrelation of aesthetics and politics.

Alex Dressler is an Assistant Professor of Classics at UW-Madison. He teaches the Greek and Roman Classics as an evolving canon rooted in European tradition but aimed at redefining the modern sense of past and present, life and art, politics and personal flourishing. Publications include articles in journals such as Helios, Ramus, and Classical Antiquity on feminism and the ancient novel, exemplarity and ancient rhetoric, deconstruction and the sociology of literature, and aesthetic thought and psychoanalysis. His first book, entitled Personification and the Feminine in Roman Philosophy, currently undergoing final revisions, is forthcoming from Cambridge University Press. This book argues that the Roman philosophers Lucretius, Cicero, and Seneca, use metaphors and other forms of figurative language to “do philosophy by other means,” thereby integrating problematic conceptions of personhood, gender, and property into philosophical texts aimed at transforming the reader’s emotional, social, and aesthetic existence. He is at work on a book project entitled Art and Life in Latin Literature: Emergences of a Dualistic Structure in an Ancient Archive.