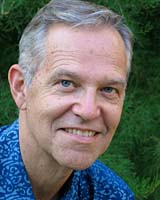 The Senses in Understandings of Art: A Sensorium of Yoruba Peoples

I will research/write a book (with multi-media DVD), create a website, and plan an exhibition that explore how artists and audiences use the senses to create and respond to the arts using an approach I call sensiotics. While I focus on the arts of Yoruba peoples in West Africa and their cultural sensorium, I argue that the senses and sensiotics have important implications for our experience and understanding of the arts universally, as suggested in recent anthropological and neurological research that documents the importance of body-knowledge in learning.

After graduating from Hamilton College, Henry Drewal joined the Peace Corps, taught French and English and organized arts camps in Nigeria. While in Nigeria he apprenticed himself to a Yoruba sculptor, an experience was transformative (and ultimately led to his present project at IRH on art and the senses). He returned for graduate studies at Columbia University with an interdisciplinary specialization in African art history and culture, receiving two Masters’ degrees and a PhD in 1973. He taught at Cleveland State University (where he was chair of the Art Department), and was a Visiting Professor at UC-Santa Barbara and SUNY-Purchase. He also served as Curator of African Art at The Cleveland Museum of Art and the Neuberger Museum. Since 1990 he has been Evjue-Bascom Professor at UW-Madison and Adjunct Curator of African Art at the Chazen Museum of Art. He has received numerous awards (Fulbright, NEH, Guggenheim, AIIS, Smithsonian, and Sainsbury fellowships) and published several books, edited volumes, and many articles on African and African Diaspora arts including Yoruba: Nine Centuries of African Art and Thought (1989) and Beads, Body and Soul: Art and Light in the Yoruba Universe (1998). He curated and wrote the catalogue for the major traveling exhibition — Mami Wata: Arts for Water Spirits in Africa and Its Diasporas (2008) and edited the volume Sacred Waters: Arts for Mami Wata and other Divinities in Africa and the Diaspora (2008) that won the 2011 Arnold Rubin Distinguished Publication Award from ACASA. His latest exhibition project, Dynasty and Divinity: Ife Art in Ancient Nigeria (2009), for which he wrote the catalogue, opened in Santander, Spain in 2009, traveled to Madrid and the British Museum in 2010 before its 2011-12 US tour to Houston, Richmond, and Indianapolis. He co-curated with Sarah K. Khan Soulful Stitching: Patchwork Quilts by Africans (Siddis) in India, a traveling exhibition shown at the Schomburg Center for Research in Black Culture, NY and the Museum of the African Diaspora, San Francisco, both in 2011. He is currently preparing with colleagues another major traveling exhibition entitled Striking Iron: The Art of African Blacksmiths. In Spring 2013, he will be hosting the Arts Institute Artist-in-Residence Faisal Abdu’Allah and co-teaching a seminar on “bodies, minds, senses and the arts.”