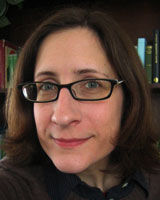 Drinking Alfresco: The Erotics of the Pastoral Sympotic Mode

Drinking Alfresco: The Erotics of the Pastoral Sympotic Mode is a study of the collision of two common motifs in Greek and Latin literature and art: the symposium and the locus amoenus of pastoral. The institution of private drinking parties, symposia, played an important part in the cultural and political lives of Greek men in the archaic and classical periods (eighth through fourth centuries BCE). Depictions of symposia, both in art and literature, routinely depict symposiasts in the same way-reclining, drinking wine, reciting poetry-activities that become shorthand for the event itself in later eras. As opposed to the interior locale of the symposium, customary representations of the lush landscapes of pastoral provide a wholly different, and often dangerously sexualized, setting and set of meanings. I argue that later Greek and Roman artists and poets combine the two motifs by setting sympotic drinking in a locus amoenus, which creates a new setting with mixed expectations for its participants. I aim to show how poets and artists played with this mixed mode, which often shifted the menacing eroticism lurking in pastoral into the (arguably) safer world of the symposium.

Kristen Ehrhardt is a doctoral candidate in Classics at the University of Wisconsin-Madison, with a Ph.D. minor in Art History. Her research interests include Greek and Latin poetry, the interplay between art and text, and representations of symposia from the eastern influences on early Greek symposia to later Roman adaptations of feast scenes.