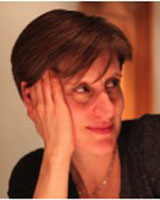 Dr. Eidinow’s project starts from a number of trials that took place in fourth-century BCE Athens: the defendants were all women, the charges against them included asebeia (‘impiety’) and working with pharmaka (‘spells’ or ‘drugs’). This study explores the social processes that may have led to these trials, including jealousy, gossip, and gender relations, but also attempts to set these events in their historical context as both effect and catalyst of cultural trauma. It argues that these trials raise questions about the long-term impacts of the Peloponnesian war, draw our attention to the powerful role of the supernatural in Athenian society and as a historical force, and, finally, may set the stage for the formation of modern concepts of ‘magic’ and ‘the witch’.