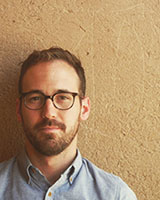 The Republic of Anticolonial Letters

Daniel Elam’s project connects the aesthetic experiments of anti-imperial writers to their vision for an egalitarian postcolonial society. Central to the anticolonial literary project was an effort to undermine the hierarchical logic of colonialism by reimagining the social relationship between the author and the reader. To upend this hierarchical and colonial configuration, Indian anticolonial writers disavowed their own authorial position and, in its place, advocated practices of communal reading and textual interpretation. By altering the literary and political relationship between “the author” and “the reader,” anticolonial thought also offered new forms of political subjectivity well beyond the boundaries of liberalism. The project opens out from close readings of Dhan Gopal Mukerji, Lala Har Dayal, B.R. Ambedkar, and Bhagat Singh to account for a “world republic of anticolonial letters” as a debate about reading, postcolonial theory, diaspora, and world literature.

Daniel Elam is the Postdoctoral Fellow for the Mellon Sawyer Seminar in “Bibliomigrancy: World Literature in the Public Sphere,” co-organized by B. Venkat Mani and Caroline Levine. He earned his Ph.D. from the interdisciplinary program in Rhetoric and Public Culture at Northwestern University in 2015. His research and teaching focus on anticolonial thought, postcolonial theory, transnational and diaspora studies, and current debates in world literature. He has published essays in Interventions, American Quarterly, Postcolonial Studies, and Comparative Studies of South Asia, Africa, and the Middle East, and contributes to the Los Angeles Review of Books and the South Asian American Digital Archive. He is at work on a project entitled “The Republic of Anticolonial Letters.”