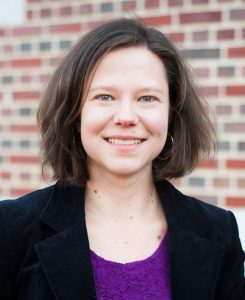 Why should we care about patterns of syllables in poems—that is, about meter? Is there any reason to study the rules that poets, theorists, philosophers, and critics have given for making such patterns, or their arguments about what meter can do? Or should we just enjoy poems and their patterns without worrying about how they work? My current project argues that paying attention to meter can help us understand how language works—as it is used by individuals who learn it in a particular culture that shapes universal characteristics of human beings. That is, meter in poetry can illuminate the interplay between language, culture, and the body. Meter can do this because it is based on features of language used in everyday speech (such as pitch and emphasis). But unlike everyday language, metrical speech organizes those features into patterns established in cultural contexts. To understand how meter works in our time, it is important to understand earlier metrical theory and practice, especially because metrical thinkers take up earlier practices. I consider authors from three centuries who engaged extensively with metrics: F.G. Klopstock (1724-1803), F. Nietzsche (1844-1900) and D. Grünbein (b.1962). Doing so both helps us understand our own relationship to language and increases the kinds of poems and patterns we appreciate, opening us up to new poetic experiences.

Hannah Vandegrift Eldridge is Associate Professor of German in the Department of German, Nordic, and Slavic at the University of Wisconsin-Madison. She works on German literature and culture from the 18th to 20th centuries, with a focus on lyric poetry, philosophy and literature, and the interactions between sound and text. Her first book, Lyric Orientations: Hölderlin, Rilke, and the Poetics of Community appeared in Cornell University Press’s Signale series in 2015, and she has published articles on Hölderlin, Rilke, Cavell, Wittgenstein, Klopstock, Nietzsche, and Grünbein. She is currently working on a book project on metrical theory and practice in Klopstock, Nietszche, and Grünbein.