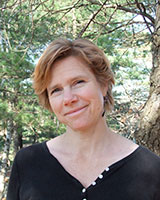 The Jim Crow Cigarette: Following Tobacco Road From North Carolina to China and Back

This book-in-progress is a cultural, transnational United States history of the emergence of the modern tobacco corporation, its linked expansion in the U.S. and China, and the spectacular rise of its successful and harmful product, the cigarette. Focusing on the years 1890 to 1937, the project explores in both countries how cigarette company employees imagined the world and their place in corporate expansion; the ways their efforts were contingent and in friction with Chinese and American farmers, workers, servants, businessmen and consumers; and the capacities of cigarettes as they circulated in particular cultural contexts.

Nan Enstad is a historian of the transnational US, with specialization in gender, race and the cultural history of capitalism. Her primary interest is illuminating the cultural instantiation of capitalist power in the form of the modern corporation, branding, and consumer practices and subjectivities. She is the author of Ladies of Labor, Girls of Adventure: Popular Culture and Labor Politics at the Turn of the 20th Century (1999) and is currently completing a cultural history of multinational cigarette corporations in the U.S. and China which will be published by the University of North Carolina Press in 2015.