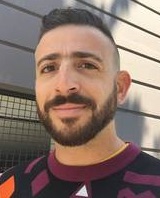 In my new book, Queer Forms, I explore how the central values of movements for women’s and gay liberation in the 1970s—including consciousness-raising, separatism, coming out of the closet, and alternative kinship—came to be translated into a range of American popular culture forms. Throughout the 1970s, movements for women’s and gay liberation fought a range of social and political battles to expand, transform, or wholly explode definitions of normative gender and sexuality; one long-term effect of this project was to encourage artists, writers, and filmmakers to invent new ways of formally representing, or giving shape to, non-normative genders and sexualities. Perhaps counter-intuitively, such aesthetic projects to represent queer gender and sexuality often appeared in a range of traditional, or seemingly generic, popular forms including the sequential format of comic strip serials, the token figures of science fiction genre, the narrative conventions of film melodrama, and the serialized rhythm of installment fiction among others. I unpack how each of these mediums and genres were creatively reworked or innovated to account for, and make meaningful, the heterogenous experience of gender and sexual non-conformity, consequently infusing the popular imagination of Americans in the 1970s and after.

Ramzi Fawaz is assistant professor of English at the University of Wisconsin, Madison. He is the author of The New Mutants: Superheroes and the Radical Imagination of American Comics (NYU Press, 2016). The New Mutants won the Center for Lesbian and Gay Studies Fellowship Award for best first book manuscript in LGBT Studies and the 2017 ASAP Book Prize of the Association for the Study of the Arts of the Present. His work has been published in numerous journals including American Literature, GLQ, Feminist Studies, Callaloo, and Feminist Review. He is currently co-editing a special issue of American Literature with Darieck Scott titled “Queer About Comics,” and a special issue of GLQ: A Journal of Lesbian and Gay Studies with Shanté Paradigm Smalls titled “Queers Read This! LGBTQ Literature Now.” His new book Queer Forms, explores the relationship between feminist and queer politics and formal innovation in the art and culture of movements for women’s and gay liberation. Queer Forms will be published by NYU Press.