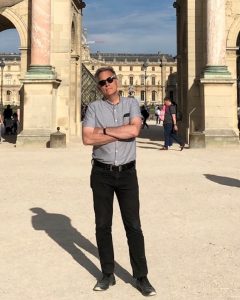 Beholden: Between Freedom and Debt

The attempt to escape debt underlies the most powerful formulations of politics, leading to freedom, liberty, and autonomy. It is also deeply misguided. From the liberal ideal of the unencumbered individual, to the popular antipathy toward corporate banks, to the dream of absolute international sovereignty, the goal of overcoming liability drives political action across the spectrum. My project, Beholden: Between Freedom and Debt, contests the presumption that such obligation can (and should) be escaped. Instead it recognizes debt as not only ubiquitous, unavoidable, and ineliminable, but also as generative, co-constitutive, and supportive. Rather than presuming the default goal of political action as “freedom,” an impossible and dangerous desideratum, activists should instead strive to encourage and develop forms of indebtedness most conducive to human flourishing.

Debt operates simultaneously and comparatively at the transnational and individual levels, as a personal political economy and as the underpinning of contemporary capitalism. Members of families systematically indebt one another, as do states and corporations. We experience debt abstractly and affectively; political economies are made up of love and ethical obligations as much as bank loans and financializations.

Like love and family, debt is a relationship rather than a status. Humans spend their lives in webs of obligation and liability, some repayable and others unresolvable. Debt operates as a precondition to growth, as a formalization of interconnectedness, as a recognition of the displaced temporalities inherent to difference. Though monotheistic theologies have long opposed debt’s formal properties (e.g., interest), they have done so in opposition to the power inherent to it: to remake communities, identify connections, and compound human emotions. The political potential of debt, in other words, could strengthen association and intensification rather than producing only oppression.

Kennan Ferguson teaches political theory at the University of Wisconsin-Milwaukee. He is the author, most recently, of Cookbook Politics (University of Pennsylvania). Previous books include All in the Family: Community and Incommensurability (Duke) and The Politics of Judgment (Lexington), as well as the edited volumes After Capitalism (Rutgers) with Patrice Petro, and the forthcoming The Big No (Minnesota). Ferguson currently coedits the journal Theory & Event (2015-2020) and the book series Modernity and Political Thought, and previously co-edited the 8-volume Blackwell Encyclopedia of Political Thought. Since 2016, he has served on the Faculty Committee of the University of Wisconsin Press. He was Director of the Center for 21st Century Studies at the University of Wisconsin-Milwaukee from 2015-2017. He enjoys writing about himself in the third person.