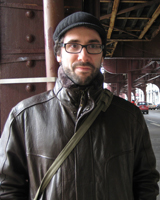 An Invisible Class in a Silent Land. Aristocracies and Society in Late Antique Atlantic Iberia (ca. 300-600)

This project investigates the transformations of aristocracies during Late Antiquity in an obscure corner of the Roman World: Atlantic Iberia. The project addresses the following question: a powerful and wealthy aristocracy dominated the Iberian Peninsula during the late Roman Empire; what happened to these aristocrats after Rome “fell”? The fate of Iberian aristocracies after the so-called fall of the Roman Empire lies at the center of the quest to understand the formation of Medieval Spain. By focusing on one area of the peninsula (Atlantic Iberia), Damián Fernández contends that a mosaic of local aristocracies with different economic and social strategies dominated local societies in the mid-sixth century, in contrast to the uniformity that had prevailed among the late-Roman elites in Iberia. Thus, the fate of the regional Roman aristocracy was not simply a “decline” or a “fall.” Nor does “continuity” provide a better paradigm. Rather, local aristocracies changed the basic meaning of what it meant to be an aristocrat, with responses varying from region to region.

Damián Fernández has been an assistant professor at Northern Illinois University’s History Department since 2010. Prior to that appointment, he was a visiting research scholar at the Institute for the Study of the Ancient World (New York University). He received his PhD in History from Princeton University and his BA from the University of Buenos Aires. He is interested in the social and economic history of Late Antiquity and in comparative studies of state and society in pre-modern contexts. He has published in Antiquité Tardive and is currently working on his book manuscript and three other articles on late-antique Iberia.