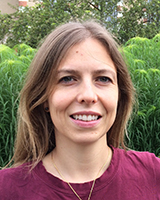 Christelle Fischer-Bovet is working on a book that aims at developing a better understanding of state formation and imperialism in Egypt after the conquest of Alexander down to the inclusion of Egypt into the Roman Empire (332-30 BCE). It provides a critical narrative of the Ptolemaic empire based on Greek and Egyptian papyri and inscriptions as well as archaeological material, coins and ancient Greek authors. At the same time the study uses the evidence to evaluate different theories of empire. This book proposes that the resilience of state institutions (political, economic, and military) and above all of state ideology that were borrowed, developed and adapted by the Ptolemies, explain the long-lasting success of their state, which was made possible through the incorporation of the local elites. This approach offers a new framework for understanding Ptolemaic Egypt and social integration in multicultural states and for rethinking the phenomena of state expansion, stability and decay.

Christelle Fischer-Bovet is an Assistant Professor of Classics at the University of Southern California who specializes in the social and cultural history of the Eastern Mediterranean from Alexander the Great to the Romans, with a special interest in Greco-Roman Egypt. Her book Army and Society in Ptolemaic Egypt (Cambridge University Press, 2014) combines documentary evidence (papyri, inscriptions) with social theory to examine how the changing structures of the army led to the development of an ethnically more integrated society. She has also written several articles on Ptolemaic history and (forthcoming) articles on the role of ethnicity in the institutions of the new Hellenistic states and on legal and fiscal categories used by the Ptolemies and the Romans in Egypt. She is now preparing a new book called The Ptolemaic Empire for Oxford University Press and co-writing with the numismatist Cathy Lorber an article on wages and monetization in Hellenistic Egypt.