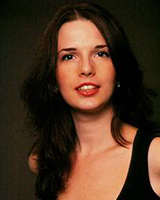 Renaissance without Reformation: Hinduism and the Public Sphere in Early Modern South India

In India, the Protestant Reformation never took place. Must India mimic the rise of secularism in the Western world for us to speak of such a thing as Indian early modernity? As a Mellon Postdoctoral Fellow, I aim to question the inherent relationship between secularism and modernity across continents, rethinking in particular the nature of publicity and the “public sphere” in early modern India. Contrary to Western models of publicity, the public in early modern India did not consist of a common dialogical space free from sectarian interests; rather, the Indian public was, more accurately, publics in the plural: spatially overlapping but institutionally distinct networks in which each community generated its own internal conversations. In fact, it is due to the colonial encounter with Western publicity, I argue, that sectarianism gives way to communalism, as formerly discrete public domains are collapsed into a shared public space.

Elaine Fisher is a historian of south Asian religions and an enthusiast of Indian intellectual history and philology. She received her Ph.D. from Columbia University in 2013, and her M.A. in the History of Religions at the University of Chicago Divinity School in 2007. Her dissertation examines the historical emergence of Hindu sectarianism in the centuries prior to British colonialism, an era that defined the shape of Hindu religious communities in India through the present day. Drawing on unpublished manuscript and archival sources in Sanskrit, Tamil, Telugu, and Marathi, she documents the origins of the Smārta-Śaiva Hindu tradition—or Smārta Brahminism—in south India, mediated through the writings of leading Śaiva public theologians. She is at work on a project entitled “Renaissance Without Reformation: Hinduism and the Public Sphere in Early Modern South India.”