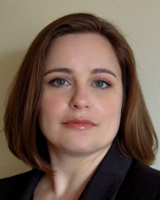 Remembering the Past, Reframing the Present: Digital Media, Hip Hop, and the Mnemonic Work of the Malcolm X Grassroots Movement

Since the 1990s, the mainstream conversations about race in the U.S. have become increasingly dominated by the ideology of “colorblindness.” Recently, many have even gone so far as to claim that we have entered a “post-racial” era. Such assertions emerge from and are supported by a dominant historical narrative in which racism was successfully resolved at the structural and institutional level by the Civil Rights Movement. This narrative has become even more recalcitrant with the election of the U.S.’s first Black President, seen by some as proof that Martin Luther King’s “dream” has come to fruition. Such discourses foreclosed both social and conceptual space for discussing racial politics and obscure structural and institutionalized racism, thereby insuring its continuation. My work examines how Black Americans born and raised after the Civil Rights Movement, often referred to as the “Hip-hop generation,” use digital media to create space for alternative interpretations of both past and present racial politics.

Sarah Florini received her Ph.D. in communication and culture from Indiana University in 2012. Her dissertation explores how the Malcolm X Grassroots Movement, one of the largest contemporary Black Nationalist groups in the U.S., uses its website and its annual Black August Hip Hop Project concerts to construct and circulate counter-memories and counter-histories that offer an alternative lens through which to understand contemporary U.S. racial politics. She is currently developing a new project that will focus on the use of trans-media social networks to address racial politics and mobilize political engagement.