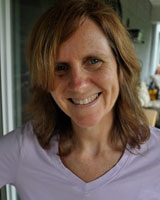 The Mellon Postdoctoral Program poses the question “What is human?” Japanese postwar and contemporary women poets provide some compelling answers. Vividly embodying the abject—the fantastically grotesque, the deviant, and the mortally wounded—these poets carve out a space that is at once imaginative, social, and healing, a vital new realm in which they explore the on-going liberation of Japanese women. Reinventing themselves in the specter of sexual slavery and the shadows of colonialism that the Japanese nation imposed across Asia before and during the Pacific War, these poets dare to conceive of themselves as new world citizens. Ironically taking up their former positions as the abject—by definition, those expelled from the human category—they flatly reject the legacy of patriarchal Japan within the context of new rights afforded under the US-imposed constitution. This project will explore the poignant contributions of these poets in relationship to other Asian feminists and writers who must grapple with a common—and yet highly contested—history of sexual slavery on intersecting axes of colonialism and hierarchies of gender, class, and race.

Andrew W. Mellon postdoctoral fellow Lee Friederich earned her Ph.D. from Washington University in St. Louis in Japanese Language and Literature and Comparative Literature with a dissertation entitled “In the Voices of Men, Beasts and Gods: Unmasking the Abject Persona in Postwar and Contemporary Japanese Women’s Poetry,” as well as a graduate certificate in Women’s Studies, in 2009. She also holds an M.A. in English (Literature) and an M.F.A. in Creative Writing (Poetry) from the University of Montana. Receiving a Fulbright Fellowship for dissertation research in Japan in 2008-2009, Friederich published ‘Through Beastly Tears: Devouring the Dead in the Poetry of Ishigaki Rin” in the Spring 2009 issue of Japanese Language and Literature. She is the recipient of the Percy Buchanan Graduate Prize at the Midwest Conference on Asian Affairs in 2005 for “In the Voice of a Modern-day Miko: Itô Hiromi’s Hiromi’s Retelling of the Sanshô Dayû Myth,” which was published in the Spring 2006 issue of Studies on Asia. Friederich has taught English Composition, American, Asian-American, and Asian Literature in Japan and the United States. Friederich’s current project is “Unmasking the Abject Persona: East Asian Women as New World Citizens.”