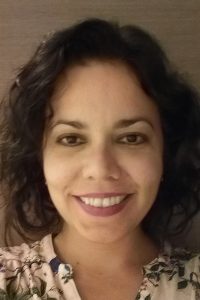 My dissertation analyzes cultural representations of the Peruvian Andean mining space from the second half of the nineteenth century to 1930, focusing on the mining city as a totalitarian experiment. I examine literary texts by Argentine writer Juana Manuela Gorriti, Peruvian writer Clorinda Matto de Turner, and Peruvian writer José María Arguedas, a report-essay by German-Peruvian social activist Dora Mayer, a scientific report by Peruvian engineer José J. Bravo, and a selection of images by Andean photographer Sebastián Rodríguez. The main contribution of my work is the proposal of two new concepts that can be applied to read not only other cultural representations of modern mining in Latin America but also the phenomenon of transnational mining violence in contemporary times. The first is the concept of “orphan lives”, based both on Giorgio Agamben’s conceptualization of “bare life,” and the Andean notion of “wakcha” (orphan). The second is the concept of “tortured cities”, based on an Arguedas’ metaphor of the mining city of Cerro de Pasco, as well as on Foucault’s conceptualization of punishment. I propose both concepts to describe the eco-biopolitical dispossession of human, nonhuman, and more-than-human lives by modern mining. In my conclusion, I argue that the Andean notion of orphanhood is a core concept for evaluating the dark side of modernity and extractive capitalism, as well as the current dimensions of the ecological and humanitarian crises that we are experiencing today. The theoretical framework I employ and the concepts I propose are allowing me to adopt a transnational approach in my book project, including other Latin American countries. My work aims to develop new concepts that contribute to decolonize and re-dramatize the debate on extractivism and climate change in Latin America.

Barbara Galindo holds a Ph.D. in Hispanic Languages and Literatures from the Department of Spanish and Portuguese at UCLA. Her primary research interests focus on nineteenth-, twentieth-century and contemporary Andean and Amazonian Cultural Production; Race, Ethnicity, and Indigeneity; Environmental Humanities; Ecosocial Human Rights; Biopolitics; and Urban Studies. She lived in the Peruvian Amazon where she worked for two years (2010-2012) at the Sachamama Center for BioCultural Regeneration (SCBR). At the SCBR, she coordinated a literary cartonera project for the Kichwa-Lamista indigenous communities that was part of the Cultural Agents Initiative of Harvard University. In 2016, she completed the first Spanish translation of seven essays on Amazonia by Brazilian writer Euclides da Cunha, grouped under the title Un paraíso perdido: ensayos amazónicos and published by Pasacalle, Lima. In 2020, as the Editor-in-Chief of Mester, she completed a peer-reviewed general issue on human rights with a special section on ecosocial human rights (focused on Amazonia and the Andes).