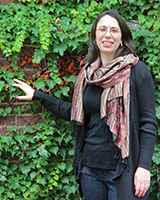 Phantom Storytellers: A Literary History of Folklore in Nineteenth-Century France

Folklore and literature would seem to be separate—one a product of age-old tradition, the other original artistic creation. Naturally, most studies of folklore and literature consider how writers use folkloric content like songs, proverbs, or traditional plots in their literary production. My project, however, looks at folklore in a larger context, namely considering how interest in folklore study in nineteenth-century France overlaps with questions central to literature. I contend that notions of folklore and literature mutually redefine each other as writers respond to circumstances like government-sponsored folklore collecting and an increase in literacy among the masses. This project traces key moments of this evolution and maps concrete influence on literary production, especially the short story. Ultimately, the enduring conviction that tradition is about to disappear not only fuels folklore collecting but shapes and is shaped by debates about modern literature and its status as a national archive of tradition or contemptuous successor to the storyteller.

Jennifer Gipson is Assistant Professor of French at UW-Madison. She holds a Ph.D. in French (2011) with a Designated Emphasis in Folklore from the University of California, Berkeley. Her research focuses on literature and folklore in nineteenth-century France as well as French in the United States, especially Louisiana and the Upper Midwest. Her article “‘A Strange, Ventriloquous Voice’: Louisiana Creole, Whiteness, and the Racial Politics of Writing Orality” is forthcoming in the Journal of American Folklore. She is currently preparing a book-length manuscript entitled “Phantom Storytellers: A Literary History of Folklore in Nineteenth-Century France.”