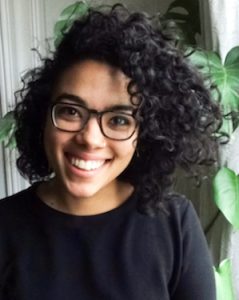 Virtually White: The Crisis of Whiteness, Racial Rule, and Affect in the Digital Age

The dominant questions of Dr. Goding-Doty’s research consider what new problems and avenues of thought the digital age and social media open up for the study of race, whiteness, and coloniality. In “Virtually White: The Crisis of Whiteness, Racial Rule, and Affect in the Digital Age,” Goding-Doty identifies a crisis of white hegemony that has taken shape in the digital age, in which a broad insistence on white racial victimization has been incorporated as a strategy in white supremacist and nationalist activity. To account for the ways this paradoxical position actually constitutes a crisis in the structure of racial power, her project argues for a theoretical framework that emphasizes the virtuality of race and the affective modes of its proliferation. Using affect theory, her analysis details the ways race operates nonrepresentationally. Her project then applies this reading of race to several viral events, memes, and digital performances, both staged and spontaneous to examine the virtual processes through which race is reproduced in the era of the internet. The performances and popular cultural materials that constitute Goding-Doty’s social media and internet archive not only demonstrate where whiteness is grappling with the terms of Western racial hegemony, but reveal the modes through which racial governance is adapting in the wake of social mediatization.

Christine Goding-Doty received her PhD from the Department of African American Studies at Northwestern University. The main concern of her research is the concept of whiteness in the digital age which she explores from the intersection of critical philosophy of race, new media studies, and affect theory. Her forthcoming article “Beyond the Pale Blog: Tumblr Pink and the Aesthetics of White Anxiety” considers the way pale blogs on Tumblr aestheticize contemporary anxieties around white supremacy and manufacture a virtual frontier upon which to sustain colonial desire.