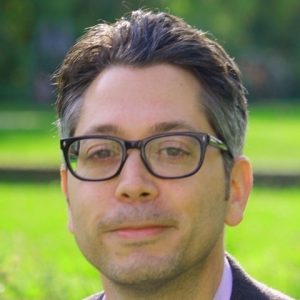 My project revisits the work of the early 20th-century US intellectuals who developed the doctrine of cultural pluralism, a view with roots in the American school of philosophy known as pragmatism. They included the German-born Jewish philosopher Horace Kallen (1882–1974), who was the originator and chief architect of cultural pluralism; the African-American philosopher and educator Alain Locke (1886–1954), a key figure in the Harlem Renaissance (c. 1918–37); and the social reformer John Collier (1884–1968), who became the US Commissioner of Indian Affairs in 1933. Their views were not identical. However, at a time when nativism and antisemitism were resurgent, Jim Crow was firmly entrenched, and American Indians were subjected to a policy of coercive assimilation, these dissenting intellectuals all argued that American identity should rest on an ideal of harmonious diversity rather than racial or cultural homogeneity. Building on renewed interdisciplinary interest in the cultural pluralists, my project focuses on their engagement with and contributions to democratic theory. The project will pursue three main lines of inquiry. First, I investigate the tension between pluralist commitments and a substantive conception of democracy, both of which derived from philosophical pragmatism. Second, I explore the application of cultural pluralism to nonwhites, particularly in the work of Locke and Collier, which calls into question previous scholarly claims that cultural pluralism was limited by white ethnocentrism. Third, I seek to situate cultural pluralism within a global context, exploring its connections to similar projects elsewhere in the world as well as the cultural pluralists’ views of international relations during and after the First World War. The historical connections between cultural pluralism and the University of Wisconsin, where Kallen taught philosophy from 1911 to 1918, make the Institute for Research in the Humanities an ideal setting for this project.

Chad Alan Goldberg is a professor of sociology affiliated with the George L. Mosse/Laurence A. Weinstein Center for Jewish Studies and the George L. Mosse Program in History at the University of Wisconsin–Madison. He writes about politics, history, and social theory. His award-winning books include Citizens and Paupers: Relief, Rights, and Race, from the Freedmen’s Bureau to Workfare (University of Chicago Press, 2008); Modernity and the Jews in Western Social Thought (University of Chicago Press, 2017); and Education for Democracy: Renewing the Wisconsin Idea (University of Wisconsin Press, 2020). He has received research support from the Princeton Institute for Advanced Study, the Advanced Research Collaborative at the Graduate Center of the City University of New York, the Hanse-Wissenschaftskolleg, and the Max-Weber-Kolleg für kultur- und sozialwissenschaftliche Studien.