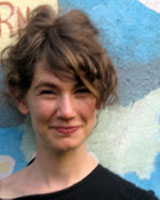 ‘Sweet Science’: Romantic Materialism and the New Sciences of Life

In his late life science, “Morphology,” Goethe mischievously re-signified “objectivity” to mean an observer’s vulnerability to transformation by the objects under view: “every new object, well seen, opens up a new organ in us.” Such a gesture at once opens the scene of experiment to the agency of objects and shifts biology’s question from the life force within beings to the metamorphic relations between them. From Wordsworth’s call for a “science of the feelings,” to Blake’s for a “sweet Science,” and Goethe’s for a “tender Empiricism,” this project argues for a series of late Enlightenment attempts to re-invent empiricist methodology – and to do so with the resources of verse and figure. Against the pressure, then and now, to treat the culture of science as context or antithesis to literary production, “Sweet Science” examines the way Romantic era writers revived Lucretius’s classical poetic materialism as a countervailing epistemology that cast poetry as a privileged technique of empirical inquiry: a knowledgeable practice whose figurative work brought it closer to, not farther from, the physical nature of things. Stretching from Erasmus Darwin to Karl Marx, the book project focuses on Goethe’s morphology and Percy Shelley’s “poetry of life,” arguing that these revisionary poetic empiricisms uncoupled early biological and aesthetic protocols from their rhetoric of autonomy and power. Instead they positioned vulnerability – to impression, influence, and decay – as central, not inimical, to life.

Amanda Jo Goldstein is a postdoctoral fellow with the Center for the Humanities’ A.W. Mellon Sawyer Seminar in “Biopolitics.” She received her Ph.D. in Comparative Literature (English, German, French) from U.C. Berkeley in 2011 with support from the ACLS-Mellon Foundation, the DAAD Foundation, and the Max Planck Institute for the History of Science, Berlin. She is a contributor to the upcoming volume Marking Time: Romanticism and Evolution, and her work on Goethe’s botany of obsolescence has appeared in the European Romantic Review. She will begin as an Assistant Professor in the Cornell University Department of English in 2012.