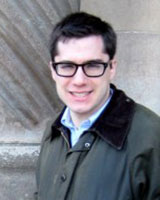 A City Within a City: Community Development and the Struggle Over Harlem

My research connects the emergence of increasingly privatized and gentrified urban neighborhoods with the radical social movements that arose at mid-century. I focus my study on Harlem, America’s best-known predominantly African-American neighborhood. In the mid-1960s, Harlem had come to symbolize the nation’s so-called urban crisis. By the end of the twentieth century, however, Harlem had entered what observers called its “second renaissance,” a physical and social transformation that symbolized the broader changes that many American cities began to experience. While some have linked this story to national and global events, I argue that it cannot be understood without close attention to the role of residents themselves. Inspired by 1960s calls for radical community control of political institutions, public schools, and the built environment, Harlemites offered competing conceptions of what Harlem could look like and who would occupy its streets. Through a social, political, and architectural history of the struggle to shape one place, I explain the broader story of the emergence of local actors as major players in contemporary urban development, the changing ideas of what it meant to improve a community, and the lasting, often ironic spatial consequences of 1960s demands for participatory democracy.

Brian Goldstein’s research focuses on the history of American cities in the twentieth century, especially intersections between the architecture and urban planning professions, race, politics, and social movements. He received his PhD in Architecture, Landscape Architecture, and Urban Planning from Harvard University in 2013. His most recent publication, a co-authored essay on the economic development policy of New York City mayor John V. Lindsay, will appear in the volume Summer in the City: John Lindsay, New York, and the American Dream in early 2014. He also has a forthcoming essay on the urban redevelopment projects of architect Paul Rudolph. His article, “Planning’s End? Urban Renewal in New Haven, the Yale School of Art and Architecture, and the Fall of the New Deal Spatial Order,” appeared in the Journal of Urban History in May 2011. He received an AB in Visual and Environmental Studies from Harvard College in 2004.