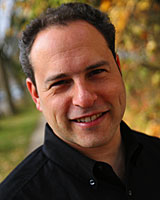 This project explores the meanings and functions of food in early modern English culture, arguing that for the Renaissance writer, the rhetoric of eating functions preeminently as a language of ethics that links or collapses the treatment of the food on one’s plate with that of other human beings. This rhetoric appears in an array of contexts, from the drama of Shakespeare and Jonson, to the genre of the cookbook and household manual, to the poetry of Spenser and Milton. Rather than viewing food as one among many metaphors to address moral questions, this book shows that Renaissance ideas of otherness frequently emerge from, and in turn shape, beliefs and theories about eating in literary, religious, philosophical, and political contexts. While the project focuses on early modern literature, it raises questions that are relevant across the humanities: Where do our bodies meet the world; where does the material meet the metaphysical? Why are eating, speaking, and reading so intertwined? When do we move from eating the other to being obliged to the other? Why speak of an ethics of eating?

David B. Goldstein is Assistant Professor of English at York University in Toronto. His teaching and research interests include early modern English literature, book history and theory, food studies, and contemporary poetry.  He has published scholarly articles on Shakespeare, Robert Duncan, and Martha Stewart, while his food journalism has appeared in Saveur, The New York Sun, Time Out New York, and other publications. David’s poetry has appeared in numerous magazines, and he is the author of a poetry chapbook, Been Raw Diction (Dusie, 2006), as well as a founding member of the Wakow art collective. During his stay at the IRH, he is completing Eating Otherwise, a monograph about food, rhetoric, and ethics in early modern England.