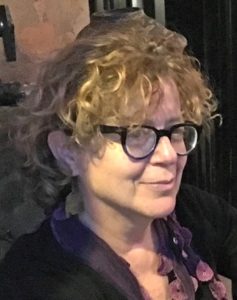 Drawing tens of thousands of Jews to his side in the middle of the seventeenth century, Sabbatai Sevi, with his orgiastic exploits and antinomian practices, was the most successful of the unsuccessful messiahs in Jewish history, a distinction that earned him a place in the annals of all major Jewish communities around the world–except America’s. Yet Sevi’s story of failed messianism played a vital part in American literature and law, revealing how American Jews have negotiated the boundary between concealment and exposure that accounts for their position at the center and periphery of American culture simultaneously. My book project examines Sevi’s American legacy from his appearance in a seventeenth-century sermon series to his role in the expatriation controversy of the early Republic to the plays and poems that revolved around him in Yiddish America and beyond.

Professor of English and Jewish Studies at the University of Colorado, Boulder, Nan Goodman’s work focuses on the interactions between law, culture, and the humanities in early America with a special emphasis on the dynamics of inclusion and exclusion and of social, religious, and legal belonging. She has a Ph.D. from Harvard University and a J.D. from Stanford University. She is the recipient of numerous fellowships and awards and is the author of many articles and three books, The Puritan Cosmopolis: The Law of Nations and the Early American Imagination (2018); Banished: Common Law and the Rhetoric of Social Exclusion (2012); and Shifting the Blame: Literature, Law, and the Theory of Accidents (1998). She has also coedited three volumes: The Routledge Research Companion to Law and Humanities in Nineteenth-Century America (with Simon Stern, 2017), The Turn Around Religion in America: Literature, Culture (with Michael Kramer, (2011) and edited two special journal issues, “Juris-Dictions,” English Language Notes 48.2 (2010) and “Critical and Comparative Mysticisms,” English Language Notes 56.1 (2018). Her work in progress revolves around the legacy of Shabbtai Sevi, the false Jewish messiah from the seventeenth century.