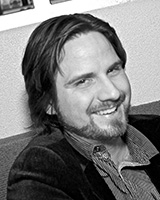 Scholars in medical humanities have produced volumes of literature documenting the pernicious effects of industry influence on pharmaceuticals marketing, physician prescription practices, and health policy. Yet, unfortunately, this work has had minimal impact on those involved. It is widely believed in medical and health policy communities that there is no evidence of harm arising from financial conflicts of interests. To address this perceived paucity of information, new research must be conducted and presented in ways that are more persuasive to regulators and the medical community. To that end, I am using a combination of humanistic, statistical, and big data methodologies to investigate the prevalence of conflicts of interest and the impact of those conflicts on pharmaceuticals policy. In combining the insights of humanistic scholarship with the forms of quantitative evidence more likely to have an impact in policy spheres, I hope to be able to bridge the communicative gap between critical/cultural inquiry and the medical community.

S. Scott Graham is an Associate Professor in the Department of English and Director of the Scientific and Medical Communications Laboratory at the UW-Milwaukee. His work is primarily devoted to investigating the role of argument and communication in scientific and medical boundary spaces (e.g., interdisciplinary science and science-policy). Graham’s The Politics of Pain Medicine: A Rhetorical-Ontological Inquiry (Chicago, 2015) chronicles the work of interdisciplinary pain management specialists to found a new science of pain and a new approach to pain medicine grounded in a more comprehensive biopsychosocial model. He is currently working on a second book entitled Conflicted: Tracing Industry Influence in Federal Pharmaceuticals Policy.