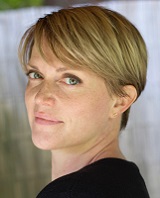 Providing a distinct window into the social and political developments of the early Roman Empire, my book project takes up various lived experiences in domestic settings to probe Roman notions of embodiment. In particular, my work focuses on Roman attitudes towards the digesting body and the domestic practices associated with its needs. While recent work in Roman social and cultural history has enhanced our knowledge about Roman attitudes toward sexuality, far less attention has been given to the role of the digesting body for the articulation of Roman social hierarchies. I argue that Roman authors’ accounts of somatic functions subtly reveal elite concerns about political and social changes occurring during the late Republic and early Empire. Additionally, through an analysis of material evidence, my project reveals how numerous activities related to basic bodily needs became the markers of a person’s place in Roman society.