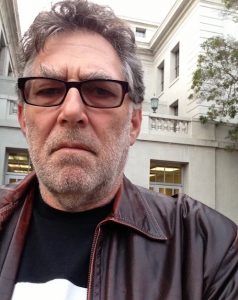 The concept of mediation, as developed in the history of Western thought, depends upon stable dichotomies like those between subject and object, representation and reality, or human and nonhuman, as a starting point. I contend in this project, however, that such dichotomies are instead the outcome of mediation, not the source, and that we need therefore to start in the middle, with radical mediation. In asserting the radical nature of mediation I refer not only to the way that media theorists talk about the ubiquitous and quotidian nature of our media everyday—phones, tablets, TVs, laptops, and gaming platforms; Facebook, Twitter, email, Instagram, Tumblr, Reddit, and Tindr; securitization, finance, surveillance, and transaction data. Rather I refer as well to the ubiquitous nature of mediation itself—flowers, trees, rivers, lakes, and deserts; microbes, insects, fish, mammals, and birds; digestion, respiration, sensation, reproduction, circulation, and cognition; planes, trains, and automobiles; factories, schools, and malls; nation-states, NGOs, indigenous communities, or religious organizations; rising sea levels, increased atmospheric concentrations of CO², melting icecaps, intensified droughts, violent storms. In this project I develop the concept of radical mediation in relation to a variety of concerns: “mediashock”; AI, cyborgs, and datamediation; Trump’s evil mediation; the countermediation of Occupy, #blacklivesmatter, and #metoo movements; premediation and climate change; viral mediation; enactive/embodied cognition; and screenic mediation.

Richard Grusin is Distinguished Professor of English and Director of the Center for 21st Century Studies at University of Wisconsin-Milwaukee. He has published numerous articles and book chapters and authored five books: Transcendentalist Hermeneutics: Institutional Authority and the Higher Criticism of the Bible (Duke, 1991); Remediation: Understanding New Media (MIT, 1999), co-authored with Jay David Bolter; Culture, Technology, and the Creation of America’s National Parks (Cambridge, 2004); Premediation: Affect and Mediality After 9/11 (Palgrave, 2010); and Radical Mediation: Cinema, Estetica, e Tecnologie Digitali, ed. and trans. Angela Maiello (Cosenza, Italy: Pellegrini Editor, 2017). He has edited three volumes of essays: The Nonhuman Turn (Minnesota, 2015); Anthropocene Feminism (Minnesota, 2017); and After Extinction (Minnesota, 2018). His work has been translated into several lanuguages including Italian, Korean, French, German, Spanish, and Portuguese. Grusin has been the recipient of year-long fellowships from the National Endowment of the Humanities and the Robert Penn Warren Center for the Humanities at Vanderbilt University. He has been a visiting professor at several international universities: Federal University of Santa Catarina, Brazil; University of Amsterdam; Pontifical Catholic University of Saõ Paulo; University of Messina, Sicily; and Tübingen University.