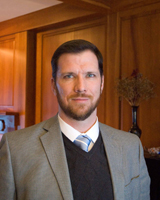 Dishonorable Duty: The U.S. Army and the Removal of the Southeastern Indians

“Dishonorable Duty: The U.S. Army and the Removal of the Southeastern Indians” will examine the American military’s role in the ethnic cleansing of the American Southeast in the 1830s and 1840s. By examining the host of Indian and white perceptions of the army’s role in Indian Removal—as well as the ways in which various groups have remembered or forgotten it—I hope to fuse a fractured historiography and to complicate comfortable-but-flawed conceptions of ethnic and racial identity during the “Age of Jackson. “ As the agency charged with executing federal Indian removal policy, the army was a lightening rod for controversy—one capable of illuminating grave disagreements about the nature and future of American society. Nominally, criticism of the army reflected entrenched views about the justice of the removal policy itself, but attacks on the army bespoke deeper schisms over the locus of sovereignty, the meaning of national honor, the sources of republican virtue, and the currency of class and race as measures of human worth. Painted in the stark colors of race, memories of removal obscure the equally (and sometimes more) powerful antagonism between Jacksonian-localist populism and the nationalist elitism of the Whig party. Ironically, the army wielded by Andrew Jackson represented everything his supporters abhorred—military elitism, the superiority of federal authority, and hierarchy based on class rather than race. These tensions were not lost on the Indians, who neither looked upon Anglo-Americans as a monolithic people nor were unified within their own communities.

John W. Hall is the inaugural holder of the Ambrose-Hesseltine Chair in U.S. Military History at the University of Wisconsin-Madison. His historical research focuses on early American irregular warfare, with a particular emphasis on intercultural conflict between European and Native American societies. He is the author of Uncommon Defense: Indian Allies in the Black Hawk War (Harvard, 2009) and several essays on early American warfare. He is currently working on a military history of Indian Removal, tentatively titled Dishonorably Duty: The U.S. Army and the Removal of the Southeastern Indians. He is a graduate of the United States Military Academy at West Point and earned his Ph.D. in History from the University of North Carolina-Chapel Hill.