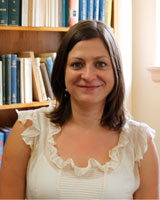 This project is a comparative study of testimonial narrative, and its relationship to articulations of political community following times of historical crisis. Reading testimonies from three historical contexts, my dissertation asks how testimonial narratives of specific conflicts contribute to building political community in the aftermath, and develops a framework for articulating the relationship between testimonies of past historical crisis and political life in later years. The project focuses on testimonies from three historical contexts: 1) genocidal violence in Nazi Germany (1933-1944), 2) Guatemala’s civil war (1960-1996), and 3) Brazil’s military dictatorship (1964-1979). The impact that testimony has on re-imagining political possibilities is conditioned differently at three moments in a cycle of political conflict: 1) the moment of conflict itself, 2) the time of collecting and disseminating testimonial narratives, and 3) the aftermath, when testimonies are redeployed in the interests of new political stakes. A final chapter takes up ethical and pragmatic considerations of the project’s comparative element, including the exchange of testimonial forms across contexts.

Marian Halls, a Dana-Allen Dissertation Fellow, is a Ph.D. candidate in Comparative Literature at UW-Madison. Her research develops a comparative framework for understanding the emergence and development of testimonial narratives across distinct political and cultural contexts. In support of this project, she received a George Mosse Exchange Fellowship to conduct research at the archives of the Yad Vashem Research Center in Jerusalem, Israel. Halls is also the recipient of the UW Mellon Dissertation Fellowship, the UW-Madison Nave Award, and the University Prize Fellowship. Her essay, “The Bone that Writes: Desaparecidos and the Disappearance of Literature” is forthcoming in the book, Provocation and Negotiation: Essays in Comparative Criticism (ed. Tim Mathews). She received a dual B.A. in Ethnomusicology and Comparative Literature from the University of California at Los Angeles.