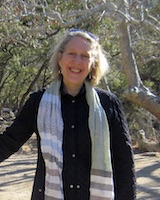 Fire Burns the Water: Prophesy, Buddhist Millenarianism and Social Violence in Cambodia from the Nineteenth to the Twenty-first Century

Anne Hansen’s book project examines conceptions of time and history in the Theravada Buddhist world, focusing on cosmological notions of “Dhammic decline” (the waning influence of the Buddha’s Dhamma or teachings over time) that have served as alternative interpretive frameworks for understanding global experiences of large-scale societal upheaval, violence and political oppression such as those that took place in the context of the Cold War in Southeast Asia and particularly the Khmer Rouge Cambodian genocide from 1975-79.  She argues for the importance and religio-political potency of “Dhammic decline” as a re-occurring motif in the Buddhist world and use it to think about the larger question of how and why certain scriptures/texts emerge as key interpretive media at different critical moments of historical change.  To this end, Anne traces out the historical lifeworlds of a genre of Buddhist prophetic (“damnāy”) texts, both oral and textual, that foretell the catastrophic events tied to Dhammic decline, exploring how they have both figured in and configured religious, political and literary responses to social violence in the Buddhist world.

Anne R. Hansen is Professor of History and Religious Studies at UW Madison in the Department of History and Program in Religious Studies, where she researches and teaches about the history and development of Theravada Buddhism, Southeast Asian religions, modern Buddhist reform movements, religion and colonialism, Buddhist ethics and moral history, and theory and method in the study of religion.  She received a PhD in religious studies from Harvard University and a MDiv from Harvard Divinity School. Hansen is the author of How to Behave: Buddhism and Modernity in Colonial Cambodia, 1860-1930 (2007) and editor of At the Edge of the Forest: Essays on Cambodia, History and Narrative (2008).  She is currently working on two books, one on Buddhist conceptions of time, social change and millenarianism in Cambodia, and another on Buddhist ethics of care in Southeast Asian visual culture.  Her most recent article “Painting Ethics: Death, Love, and Moral Vision in the Mahāparinibbāna,” appears as part of a symposium on visual ethics in Journal of Religious Ethics 44.1 (March 2016): 17-50.