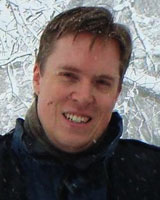 Revolution and Conquest: Violence and State Formation in the Ohio Valley

Professor Harper’s current project reassesses the Anglo-American conquest of the trans-Appalachian west by examining the relationships between local politics, frontier violence, and state formation. It argues that the United States achieved effective sovereignty over the region less because of its inherent might than because of revolutions in the politics of the region’s American Indian and white settler communities. This paper illustrates these political transformations by discussing the work of political brokers who sought to link Ohio Valley inhabitants and colonial states in tenuous coalitions. These coalitions arose and thrived because of the weakness of formal political institutions, but they ultimately formed the foundation of state authority.

Rob Harper is an Assistant Professor of History at the University of Wisconsin-Stevens Point and an Andrew W. Mellon Foundation/ACLS Recent Doctoral Recipients Fellow for 2009-2010 at the Institute for Research in the Humanities. In 2008, he completed his PhD at UW-Madison under the direction of the late Jeanne Boydston. His work has appeared in the William and Mary Quarterly and the Journal for Genocide Research. His book-in-progress is tentatively entitled Revolution and Conquest: Violence and State Formation in the Ohio Valley.