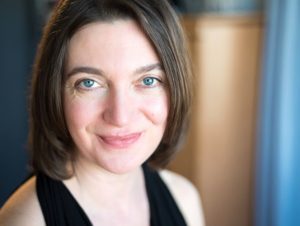 The Roots of Dance Therapy

In 1947, Marian Chace, a former Denishawn dancer, received a historic appointment: the dance therapist at St. Elizabeth’s Psychiatric Hospital, the first such full-time position in the U.S. Existing histories mark this moment as the start of dance therapy, and Chace as its most eminent pioneer. Yet what factors created such a landscape, in which scientifically-minded physicians enthusiastically sought a dance teacher for their institution and began prescribing dance classes for their patients? This question is the impetus for my project.

Dance therapy is the psychotherapeutic use of movement. I locate its beginnings further back than acknowledged, in the 1930s. There, a set of unprecedented phenomena in the arts—a social mandate, a militant labor organization movement, and federal patronage—created a wholly new status for the artist as a professional worker with a constructive role in rebuilding a devastated society. In this context, prototypical dance therapists, marginalized in the historical narrative, began the work that would coalesce into the recognized profession in the next decade—generating new discourses about dance’s efficacy; experimenting with participatory and inclusive artistic methods; and conducting research, sometimes funded by New Deal programs, on dance and human wellbeing.

Taking an interdisciplinary approach, I examine the material conditions that shaped ideas about the therapeutic value of dance and the formation of a new field linking dance and health. The arts in healthcare are again prominent—witness the NEA’s partnership with the U.S. Defense Department to provide arts therapy for traumatized veterans. Through the lens of my research, such initiatives belong in a long history linking the arts, sciences, and politics, one in which my study’s central questions—the relationship between the arts and the sciences; issues of funding, access, and instrumentalization; and the meaning of creative activity in a technological, militarized world—are still visible today.

Andrea Harris: I am an Associate Professor in Dance at UW-Madison. My research focuses on the social, cultural, and political dimensions of dance modernism, particularly in the early twentieth century U.S. I am the author of Making Ballet American: Modernism Before and Beyond Balanchine (Oxford University Press, 2017), which was named a 2018 CHOICE Outstanding Academic Title. My articles also appear in Dance Chronicle, Discourses in Dance, The Journal of American Drama and Theatre, Performing Arts Resources, and several anthologies. I am a Certified Laban Movement Analyst, and, as a professional dancer, performed with companies including Li Chiao-Ping Dance and the Martha Graham Dance Company. During my IRH residency, I will be working on my second monograph, a cultural and intellectual history of the field of dance therapy in the U.S. from the 1930s-1960s.