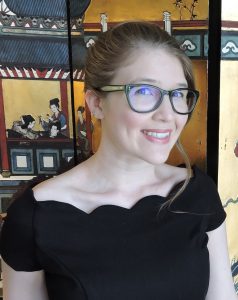 Kayci Olson Harris is a cultural historian of twentieth-century France and the Soviet Union. As a Ph.D. Candidate in the Department of History at the University of Wisconsin-Madison, she is currently writing a dissertation about ballet tours and Cold War cultural diplomacy between France and the Soviet Union. In 2012 she graduated from the University of Georgia with degrees in French and History, and in 2013 graduated from the University of Chicago with a master’s degree in Social Sciences. Since beginning her doctoral program at UW-Madison, her research has been supported by IRH, the Fulbright Program, the George L. Mosse Program, the Center for Russia, East Europe, and Central Asia, and the Society for French Historical Studies.