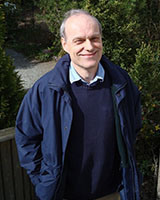 Christ on a Donkey explores Palm Sunday processions and other public representations of Christ’s entry into Jerusalem as embodied sites for the celebration, display, contestation, diffusion, and mockery of religious justifications for war and other exercises of power. Drawing on church processions, royal entries, and folk practices from as far apart as fourth-century Jerusalem, tenth-century Augsburg, and seventeenth-century Bristol, my project examines the mimetic practices deployed in such representations, the process by which royal entries and Palm Sunday processions came to resemble one another, and the shifting boundaries between narrative and performance, religion and politics, and dissent and blasphemy.