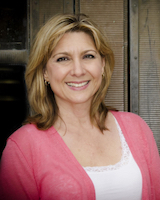 Sites of War and Words: Rhetorics of Domesticity on the Western Front, 1914-1918

Helmers’s research examines the rhetoric of domesticity in English-language medical and combat diaries from World War I, including diaries written by women serving with the British Voluntary Aid Detachment and the American Red Cross. The frequent details of domestic routines in the space of diaries written at the front seems a jarring juxtaposition to the conception of the war as what Susan Gilbert called “the muck and blood of No Man’s Land.” Certainly for soldiers and nurses, the routines of daily life were altered by travel and the deprivations of war, but at the same time, such habits as cooking, personal hygiene, clothing, sleeping, and playing games were elevated in writing to a reverential status. Furthermore, empathy for the tellers of ordinary tales reminds readers of the emotional effects of combat, displacement, and adjustment, for the stories of war are the stories of people, those who transported equipment, mapped the front, and tended the wounded. Using primary sources from governmental archives, historical societies, museum archives, and special collections, I argue that domestic rhetoric was an essential aspect of adjustment to highly disruptive personal and national circumstances.

Marguerite Helmers, University of Wisconsin System Fellow, is Professor of English at the University of Wisconsin Oshkosh, where she teaches courses in writing, rhetoric, and British literature. She received her PhD in Rhetoric and Composition Studies from the University of Wisconsin-Milwaukee in 1992. She is the author or editor of five books, including Defining Visual Rhetorics (Erlbaum) and The Elements of Visual Analysis (Pearson). Her articles have appeared in College English, JAC: The Journal of Advanced Composition, and the Journal of War and Culture Studies. Currently, she is completing an article on British Ordnance Survey maps of the Western Front during the First World War. Other publications on the visual culture of the First World War include “Iconic Images of Wounded Soldiers by Henry Tonks” (Journal of War and Culture Studies 2010); “A Visual Rhetoric of WWI: C. R. W. Nevinson, Mary Riter Hamilton, and Kenneth Burke’s Scene” (The Space Between 2009). She is also the series editor of the Visual Rhetoric Series at Parlor Press.