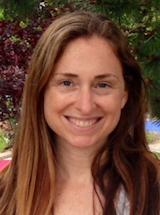 Upstaging the Real, Documenting Life in Theatre and Performance in Latin America

In his celebrated 1969 manifesto about documentary theatre, Peter Weiss contends, “documentary theatre shuns all invention.” Twenty-first century documentary theatre could not fall further from this assertion. Contemporary artists seek to fuse fiction and facts, creating a new approach to both official archives and documents, as well as personal and public narratives. This project analyzes the role of the “real” in the theatre and performance of the twenty-first century in Latin America. I contend that the affective hold of the real, orchestrated through site-specificity, auto/biography, the innovative use of non-actors, personal documents, video and photography onstage, may transform spectatorship, private and public memories, modes of participation, and the kinds of truth claims theater can make. In this context, I argue that playwrights, performers and artists use the real to explore the liminality between fact and fiction, authenticity and role-playing, as well as the veracity of the “archive” as an object of truth. My book’s objective is twofold: to explore how this new approach to theatre brings forth issues of the traumatic and the political turmoil by underscoring the fragile role of memory, as well as to focus on the provocative use of real archives to explore history and the present time through the manipulative interpretation of documents.

Paola S. Hernández specializes in contemporary Latin American theatre and performance. She has published numerous articles on Southern Cone theatre, performance, memory politics, sites of memory, and human rights. She is the author of El teatro de Argentina y Chile: Globalización, resistencia y desencanto (Corregidor, 2009), and co-editor (with Brenda Werth and Florian Becker) of Imagining Human Rights in Twenty-First-Century Theater: Global Perspectives (Palgrave, 2013). Hernández is the South American drama editor for the Handbook of Latin American Studies, Library of Congress, as well as Book Review editor for Latin American Theatre Review. Her current research project examines the role of the “real” in theatre and visual arts with an emphasis on contemporary documentary theatre and urban ethnography in Argentina, Colombia, Chile, Mexico, and Peru.