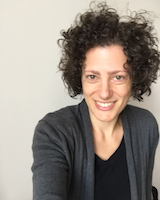 People often depict the past as they wish it to have been. Such historical construction is the subject of my research, which examines medieval legends claiming that numerous European cities were evangelized at the dawn of Christianity by figures close to Jesus. These legends, at odds with reliable evidence and so widespread as to be cliché, have received more derision than study. My research instead considers them as a meaningful discourse at once local and widely shared. On the local level, I use them to understand how communities navigated change and competition. By tracing the networks along which the legends traveled, I investigate how communities shared information. Additionally, my work argues that these legends reflect a collaborative approach to historical construction, through which far-flung writers, readers, and scribes wove individual histories into a larger narrative.

Samantha Kahn Herrick is Associate Professor of History at Syracuse University. Her research focuses on medieval Europe and, in particular, the uses and significance of hagiographical legends. In addition to studying how and why medieval people fashioned and disseminated stories about the past, she is also interested in how historians can use problematic but abundant hagiographical legends to supplement the very limited number of more “reliable” sources. Her first book demonstrated the political significance of legends celebrating largely imaginary saints. She is currently writing a monograph about a neglected body of apostolic saints’ lives and co-editing a volume on history and hagiography. She has been a fellow at the Syracuse University Humanities Center (2014-15) and a Scruggs Faculty Research Scholar (2012-15), a member of the Institute for Advanced Study (2011-12), and Professeur invitée at the Université Paul Verlaine, Metz (France) (2007).