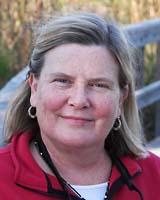 Photography in Sound: Aural Aesthetics in the Visual Age

In the late 1930s and early 1940s, radio developed a sophisticated poetics of sound that found its highest expression in the “radio feature.” A mixture of documentary and drama, using a combination of live and experimental recording techniques, the radio feature arose from a crisis-inspired collaboration of British and American radio writers and producers whose work aspired to make democracy come alive on the airwaves. Orson Welles, Dylan Thomas, Archibald MacLeish, Norman Corwin, Arthur Miller, Edward R. Murrow, and Pare Lorentz are just a few of those who contributed to this high point in radio experimentation, before its eclipse by television in the 1950s. I examine both the poetics and the politics of this formative period in sound art, contributing to the neglected study of sound in the era of visual communication.

Michele Hilmes is Professor of Media and Cultural Studies and Director of Graduate Studies in the Department of Communication Arts. She received her Ph.D. in Cinema Studies from New York University in 1986. She is the author or editor of several books on media history, including Hollywood and Broadcasting: From Radio to Cable (1990), Radio Voices: American Broadcasting 1922-1952 (1997); Only Connect: A Cultural History of Broadcasting in the United States (3rd edition 2010); The Radio Reader: Essays in the Cultural History of Radio (ed., 2001), The Television History Book (ed., 2003), and NBC: America’s Network (ed., 2007). Her forthcoming book, Network Nations: A Transnational History of British and American Broadcasting (2011) examines flows of transatlantic influence between US and British broadcasters during radio and television’s formative years, and their impact on the production of global culture. She is the founder of the North American Radio Studies Network and founding editorial board member of The Radio Journal: International Studies in Broadcast and Audio Media.